When is an UMPC not an UMPC?

When is an UMPC not an UMPC? 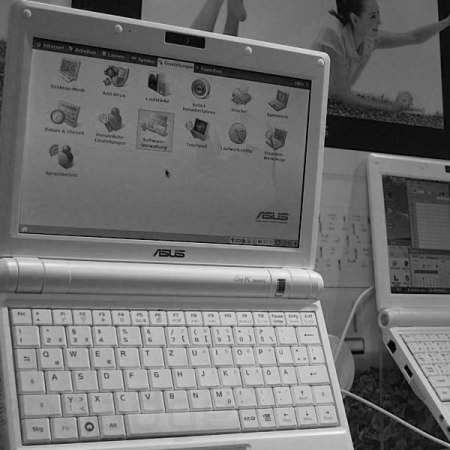 Okay before I mentioned how Asus were releasing a new 9″ version of their EeePC, well according to Engadget they are going to release a 10″ version!

As if it weren’t official enough already, the subnote war is on. According to a Computex invitation from ASUS, the outfit is planning to not only showcase the Eee PC 901, but also a brand new variant that will likely go mano a mano with the 10-inch MSI Wind. We quote: “[ASUS] would also like to specially extend an invitation to you to attend the official global launch of the new Eee PC 901 and 1000 series.” There’s no details beyond that right there, but it’s plenty to whet our appetites on the heels of the 10.6-inch Eee PC 1001 evidence we’ve already collected

So would you count this machine as an UMPC? Well strictly no.

Is it a mobile device? In a way yes!

Will people buy it? Most certainly.

This entry was posted on Wednesday, May 28th, 2008 at 12:00 pm and is filed under asus, eeepc, molenet, umpc. You can follow any responses to this entry through the RSS 2.0 feed. You can leave a response, or trackback from your own site.

3 Responses to When is an UMPC not an UMPC?