Apple have announced UK prices for the iPad and a release date! 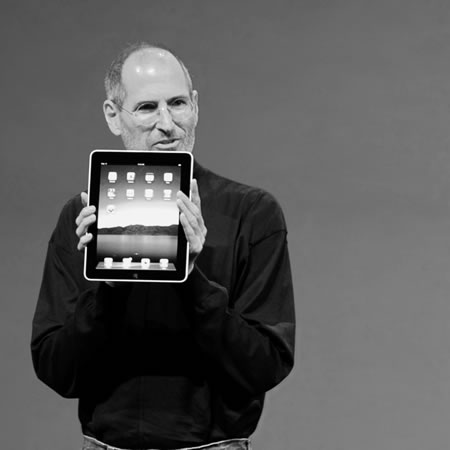 The iPad will be released in the UK on May 28th. THis is fortunate for me as I will be presenting at the at the JISC CETIS Mobile Tech Meeting at The University of Bolton on the potential impact of the iPad in education.

So what about prices?

Well the WiFi models are

Apple have also said that the iBooks App will also be available in the UK allowing e-books to be downloaded and read on the iPad.

Pricing may seem expensive when you consider that the US price for the 16GB WiFI model is $499. However the US prices don’t include Sales Tax that has to be paid in many states, and the UK prices do include VAT!

So UK prices are more expensive that the US prices, but the difference is not as bad as it first looks.

I have been asked about education pricing, well nothing has been announced, however I would expect to see no difference. The education pricing of the iPod touch is no different to the standard prices. Next year we may see a cheaper iPad when a new model is released.

Another question I was asked was about the 3G models and if they would be subsidised by the mobile phone companies. Again nothing official has been announced so at this time we don’t know what will actually happen. I suspect that later we  will see subsidised models, but certainly won’t see this on the 28th May.

The iPad is a premium product and can command a premium price. Early adopters will (and are willing) to pay “extra” to ensure that they have the iPad on day of release. We certainly saw that with the iPhone and quite a few people in the UK have paid a premium to get an iPad early. So don’t expect to see cheap iPads, well not for a while. I do expect to see subsidised models on 3G contract at some point.

So not long now till the iPad arrives in the UK and I do wonder about the impact it will have on education.

A book, how on earth can you read a book on the VLE?

A book, a printed paper thing!

Of course we are talking about electronic books, e-books.

It doesn’t really matter whether you like or don’t like e-books as the issue isn’t about choosing one over the other, it’s about convenience and ease of use for the learner.

e-Books should really be seen not as an alternative to paper books, but as an addition an enhancement. Learners still may be given or buy a core text book, they will still have access to the library and that collection. Using e-books on the VLE is about increasing access to resources.

For any course, it is very useful for learners to have access to a reading list, a selection of useful books. Having access to those e-books via the VLE makes that reading list really useful.

Generally most VLE platforms can not be used to host commercial e-books, so most of the time you will need to link to whichever e-book platform that your institution decides to subscribe to.
We use the JISC Collections e-Books for FE collection and this uses the Ebray platform. This allows us to link to individual pages within individual books, books and collections (bookself) of books.

We would never expect learners to just use e-books and never use any other books, however having access to e-books allows learners to access a (virtual) library at a time and place to suit them.

So, yes you can read a book on the VLE!